In response to an increasing number of your letters, we’re launching a new Letters to the Editor section. To send us one, see “Write Us!” below.

MY RESIDENCE HALL WAS THE GYMNASIUM

I just read “Central Residence Halls” and felt the need to comment. Since I was in the Class of 1950, it brought back wonderful memories—sufficient to have me go back to my scrapbook and retrieve some photos. 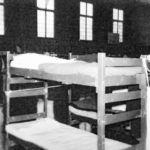 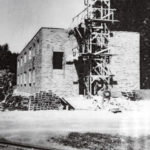 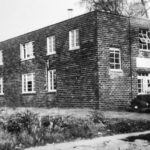 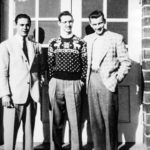 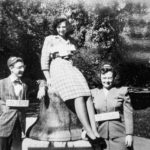 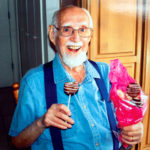 Those years at Central are the most memorable of all my education. The contents of my scrapbooks verify that. Keep your publications coming; I’d hate to miss one.

Mr. Burns’ reports that his education as a scientist began with him burning a hole in his new bedspread with magnesium ribbon when he was 10, continued with the study of chemistry at Central and Syracuse University and concluded with a Ph.D. in biochemistry from Purdue University. A long publication- and patent-studded career followed, most recently as a senior scientist at Los Alamos National Laboratories. He’s also been a private pilot, a Great Lakes mariner and a musician. While at Central, he used to sneak in through an open window at night to practice the organ. Someone eventually gave him a key, literally opening the door to a lifetime of part-time work as a church organist.

I was the Pella Police Department officer who caught the Brower case [“Central’s Great Art Heist”]. After I went to the Marion County Sheriff’s Office, a recluse was captured in Ottumwa. He had a huge collection of valuable items, mostly classic and antique books. I suggested to Pella it should follow up on his arrest and see if the Brower collection might be there. Your article reminds me how much I think of that case.

I just read the fascinating piece “Central’s Great Art Heist.” As an art historian by training, I’m always intrigued by stories such as these. I still harbor hope that the paintings stolen from the Isabella Stewart Gardner Museum in Boston will someday be found!

Interesting piece on the Brower Collection. The former CEO of the Rijksmuseum Amsterdam suggested contacting Arthur Brand, a famous art detective with a great track record on recovering lost art. I forwarded the piece about the heist to Brand. If I receive a reply I’ll let you know.

Civitas welcomes letters and emails from readers concerning the contents of the magazine or issues relating to Central College. Please include the author’s name, city and state; anonymous communications will be discarded. Letters selected for publication may be edited for length, content, clarity and style.