After retiring from a career of teaching and writing music mostly for student musicians, Rick has moved into the world of international contemporary classical music. His “Sonatina for Cello and Piano” will be premiered next year at Carnegie Hall (Yes!) and his “Concerto for Clarinet and Chamber Orchestra” will also be premiered next year in the Czech Republic. Several of his chamber and orchestral compositions have been released on multi-composer albums by the Navona and Ablaze record labels. A solo album, “Voices of the Night and Other Works for Orchestra” is being released in May and his chamber opera “The Gift of the Magi” has been recorded and is set to be released next Christmas. A solo chamber music album is also in preparation for release early next year. You can visit Rick’s website to learn more. 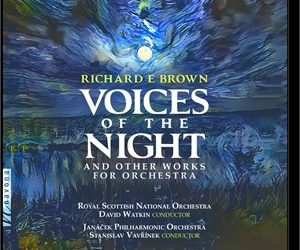