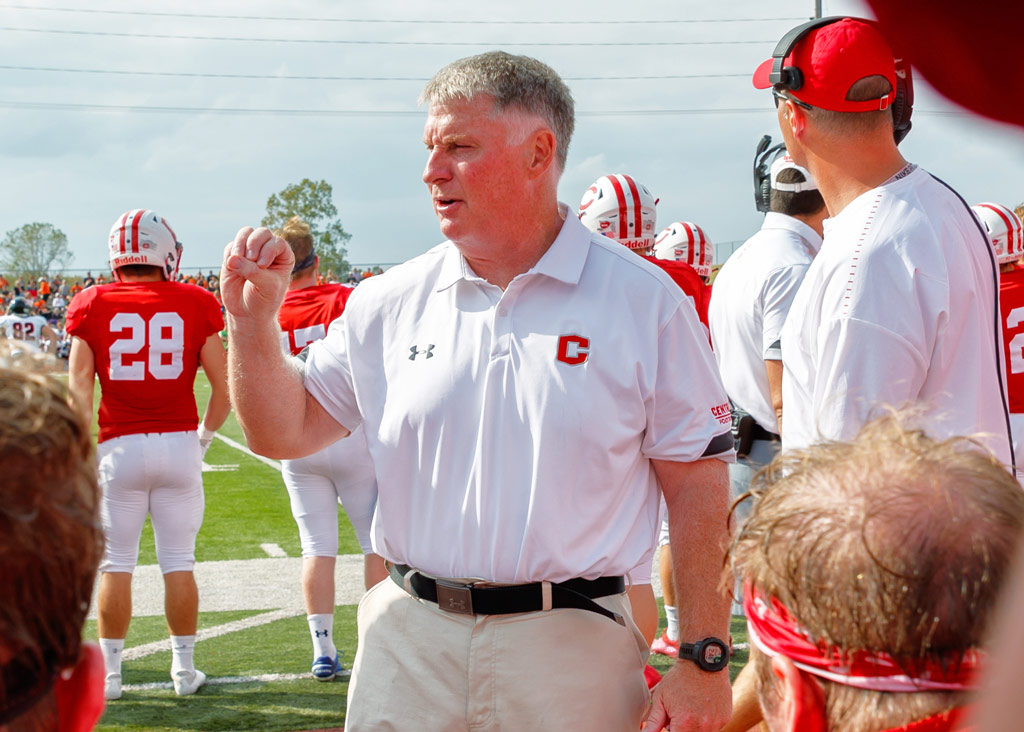 In my delusional mind, I look the same as I did in Fall 1983 when I entered Central College as a first-year student. The gradual evolution (or devolution) of my physical appearance is not noticeable when I am in the routine of looking in the mirror every day. However, when interacting with my classmates at the 2022 Homecoming reunion, I could tell they saw someone who vaguely resembled the person who roamed Central’s campus in the 1980s. It was a humbling experience for me, but completely understandable.

Just as I do not always recognize changes in my appearance, I also take for granted the transformation of Central’s campus. As an employee of the college, I enjoy walking across campus every day. The trip from my home to my office takes me by Gaass Hall, the island on the pond, Douwstra Auditorium and into Central Hall. Things seem to be the same as they were in the ’80s. It takes a fresh set of eyes for me to appreciate the changes our campus has enjoyed. Linda Johnson Kula ’68 and Joann Harkin Heaberlin ’69 provided the fresh eyes I needed. Just like my classmates made me aware of my physical changes over the past 40 years, Linda and Joann gave me a new appreciation of how our campus has progressed through the decades.

Linda and Joann were both music education majors during their years on campus. When they came back during Homecoming week, their goal was to see the renovations of Douwstra Auditorium. They had heard about the improved aesthetics and acoustics and wanted to experience the pristine environment. Seeing the joy in their faces when the doors to Douwstra opened was priceless. They laughed and talked about their performances during their college years. After a few “remember when” stories, Linda looked at Joann with a mischievous grin and said, “Do I dare?” Joann encouraged her to belt something out. Linda spontaneously sang beautiful operatic notes. For a brief moment, they relished reliving their musical days of the late ’60s.

I started at Central 14 years after Joann graduated and we shared some similar traditions — and even professors. Even so, many of the things Linda and Joann talked about were foreign to me. While looking around Douwstra, Linda located where she sat during mandatory chapel. Joann then informed me it was not unusual for college students to have attire consisting of coats over their pajamas during the chapel sessions. I did not experience mandatory chapel as a student, and I was curious about that experience and other activities they had during college. I encouraged them to let me take them on a golf cart tour so I could see campus through their eyes. 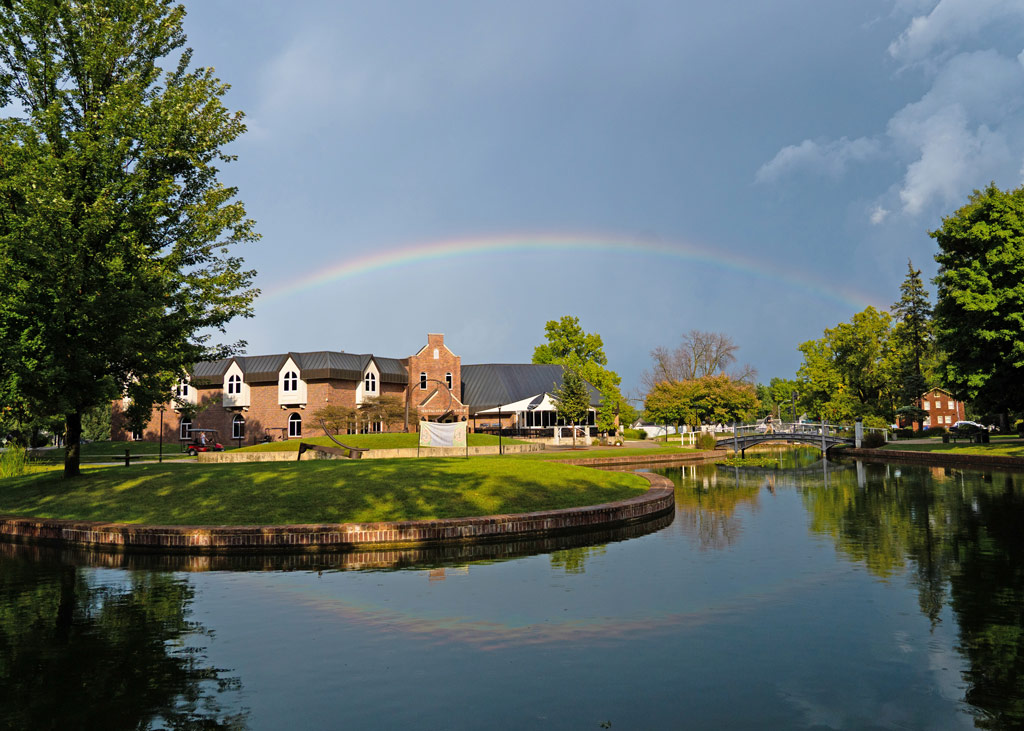 A glimmer of sunshine peeks through a darkened sky as a rainbow stretches over a quiet Maytag Student Center and peaceful pond on the east end of Central’s campus.

We started the tour by cruising over the bridge to get to the north side of the pond. This would have been impossible during the ’60s because of the steps needed to ascend before crossing the bridge. We drove by the building that was the library during Linda and Joann’s days at Central. When I was in school, their library had become the Arts and Behavior Science building and is now called the Lubbers Center for the Visual Arts. We peeked through the doors and saw students working on their glass blowing projects. Linda and Joann enjoyed watching them work (artists appreciate other artists).

Navigating west on Peace Mall, we drove by the Chapel. This building was not around when Linda and Joann were in school, and Linda wanted to investigate the interior of the building. We drove through the beautiful amphitheater located to the east of the Chapel as we proceeded into the place of worship. Joann stated that she wished she had as many locations to perform as our current students have. Linda expressed her appreciation of the intimacy and warmth of the Chapel.

As we drove around campus, they asked me when certain buildings like Weller Center for Business and International Studies and Roe Center were built. After answering their questions, I quizzed them about what campus looked like during their years. They informed me the Cox-Snow Music Center was new when they were in school. They also said Vermeer Science Center and the Kruidenier Center did not exist in the ’60s. Instead, the football field was in that space. You could see their minds recalibrating the college they knew from 50-plus years ago to the scene in front of them during Homecoming 2022.

At the conclusion of the golf cart tour around campus, Linda and Joann thanked me for my time and effort. Truth be told, I enjoyed the experience more than they did. Taking the tour with Linda and Joann encouraged me to view Central as if I was seeing it for the first time since I walked off the Commencement stage in 1987. I have a newfound appreciation of how campus looks so much different than it did 35 years ago. Even though my appearance and the appearance of campus have evolved, it still feels the same as it did when I matriculated to Central in the 1980s, and when Linda and Joann studied and performed here in the 1960s. I imagine that feeling of nurturing warmth will prevail on campus for generations to come — no matter what physical transformations come about next.

Please come back to Central for a visit. And when you are back, look me up. I would love to hear your stories as we cruise around campus. Connect with Eric Jones, major gifts officer, at jonese@central.edu.

Check out class reunion photos from Homecoming 2022 at central.edu/reunions-2022.