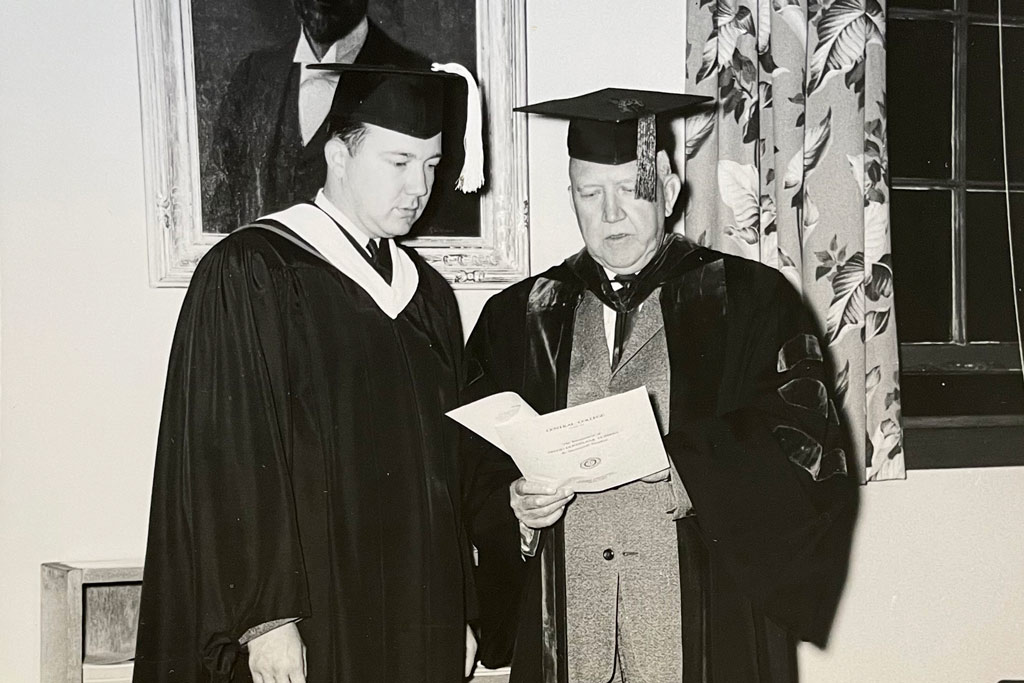 The COVID-19 pandemic has changed safety, travel and so many other things for all of us — likely forever.

In these unfamiliar times, Central has found itself in a familiar situation. One much like former Central College president Don Lubbers remembers facing in 1960: change.

A brand-new college president — not yet 30 years of age and the youngest in the country at that time — Lubbers stepped into his new role with great hopes and big plans. The son of Irwin Lubbers, Central’s president from 1934-45, Don had the privilege of experiencing the institution behind the scenes during his youth.

He knew the history and strong foundation on which he’d build. And he was enthusiastic about growing the student population.

“There was no need to build a college. The quality of the professors and that of the college was already there,” Lubbers says. “So there were great building blocks already in place, we just needed a strategy.”

In just two years under his leadership, enrollment doubled from approximately 300 students to about 600. Five years later, the student body reached a bustling 1,200.

This boom didn’t happen out of the blue or overnight, of course. It was planned — and at its very core sat foreign languages and study abroad — and it helped the college go farther and to places all around the globe. 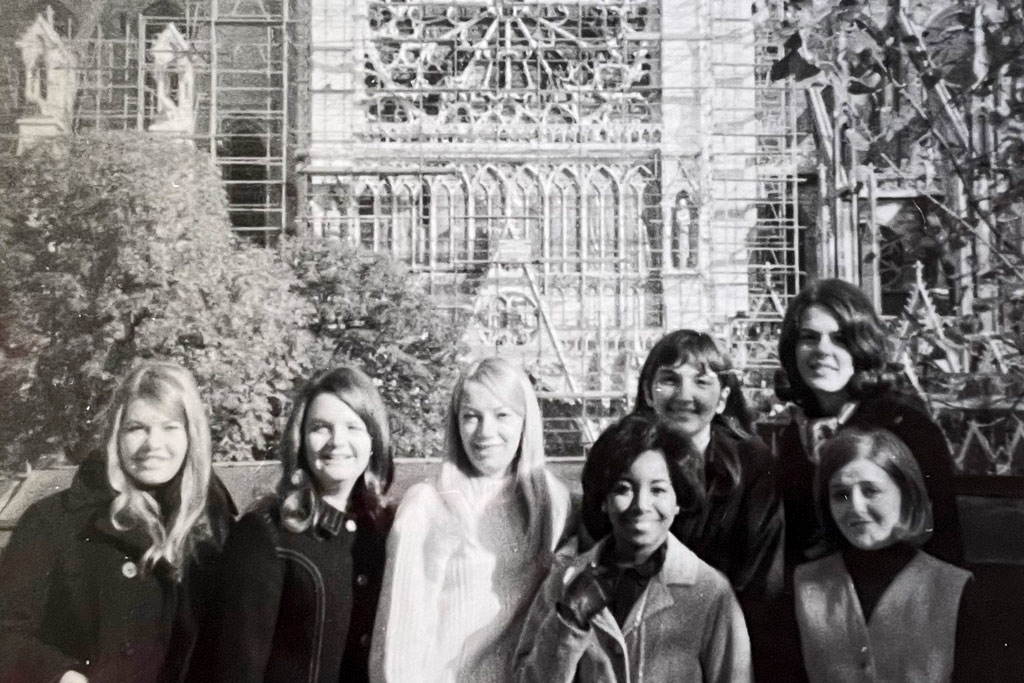 These students pictured in front of the famous Notre Dame cathedral were some of the very first to experience Central’s program in Paris.

International and off-campus, domestic programming has long been a large part of Central’s identity.

When Don Lubbers became the college’s leader, faculty-led trips already were happening organically and served as the college’s introduction to international programming. This led to a focus on and enhancement of foreign language programs in German, French and Spanish.

Lubbers, the administration and faculty took it one step further and brought international students to Central to study, live in language houses and assist with foreign languages.

In a 2015 Civitas article, Lubbers said: “When we looked across the state of Iowa, no one was doing much in language training. Bill Wing, a professor of French my father hired, always wanted to have language houses. We had a French house and a Spanish house and a German house over the years.”

The language program propelled Central to establish a study abroad program, Lubbers says, and not long after, a student body four times that of the population Lubbers started with followed.

It all (officially) began with France in 1965 when Central’s first study abroad program was established with the Sorbonne University in Paris. Next in line was the German program built in Vienna, Austria. Then came programs in Spain and Mérida. The Yucatán program in Mexico was established in 1968, although the college and its professors were involved in Mérida earlier. Over time, Central grew to lead director-led programs at eight different international sites.

“We started the first major exchange program with the Sorbonne in Paris,” Lubbers says. “We made that one of the major initiatives, and my goodness, that took off. We got students from other colleges to go on our summer programs, and we got students coming to Central to major in languages. It worked very well.”

Arlen Johnson was one of those students. 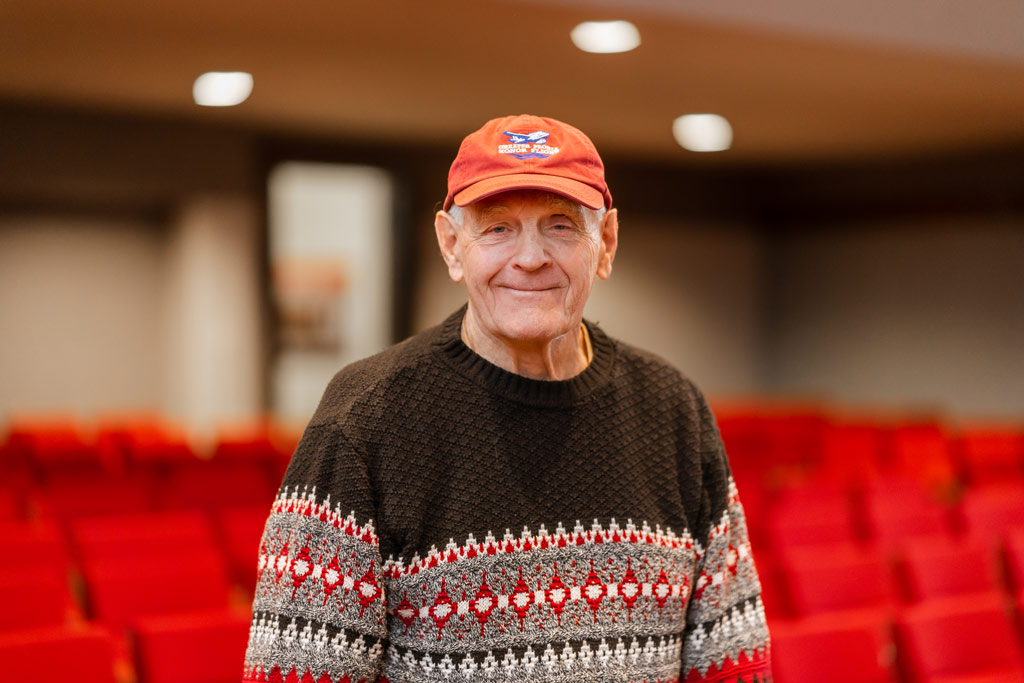 Arlen Johnson studied abroad in Vienna, Austria, through Central’s program in the 1970s, later working for Central and leading students in that same program.

Johnson, currently of Hanna City, Illinois, participated in Central’s German program when he was a student at Bradley University in 1972, spending a semester in Germany and Austria.

“It was a fantastic experience,” Johnson says, and ultimately led to a job with Central. He helped lead students participating in the German program from 1973 to 1981.

Johnson says the opportunity to study abroad and learn languages — he’s studied Spanish, German and French — has opened many doors for him.

“Foreign languages are an advantage. To learn a foreign language opens so many doors for you and possibilities you would not imagine. Later in life I was in the Peace Corps in Belize and used German to speak with the Mennonites and Spanish to speak with some of the locals. Foreign language will never do anyone wrong. It has added so much spice to my life,” he adds. 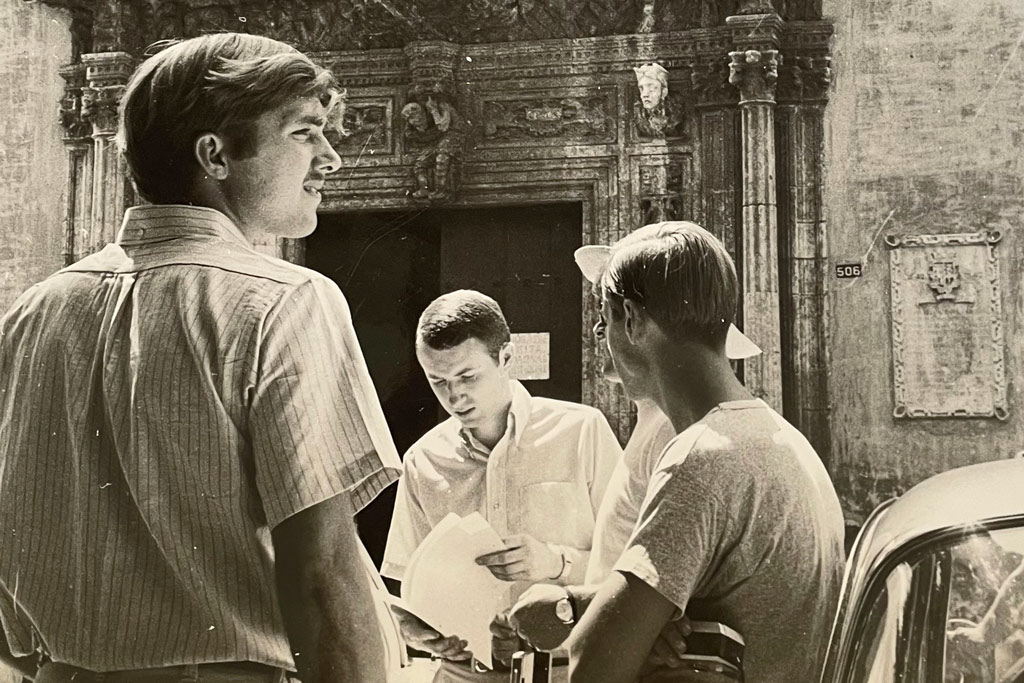 As with any off-campus experience, sight-seeing is a must. These students studied abroad through the Mérida, Yucatán, program.

Lubbers didn’t launch Central’s study abroad program on his own.

He, and all of Central, benefited from leaders on campus and in international programming such as Wing, Barbara Little Butler ’58, Jim Graham, Charles and Marianne Haydon, George Ann Huck and Don and Maxine Huffman.

At the 50th anniversary of celebration of the college’s study abroad program in 2014, President Mark Putnam called these leaders “global giants” for their foundational work developing international experiences for Central.

Lubbers also had great support from the local and alumni communities when they began rolling out plans and programming announcements.

“It just made sense to folks,” Lubbers says.

With leaders like Lubbers, Graham, Haydon, Wing and company, the Central family knew the college and its students were in good hands. These titans of international education paved the way for generations of Central students to find and challenge themselves, grow and learn about another country, culture and language.

“I don’t know anyone who hasn’t been permanently affected in all facets of their life if they’ve been abroad,” Lubbers says.

Since 1965, Central has sent thousands of students to its director-led programs, including students from more than 400 different educational institutions. 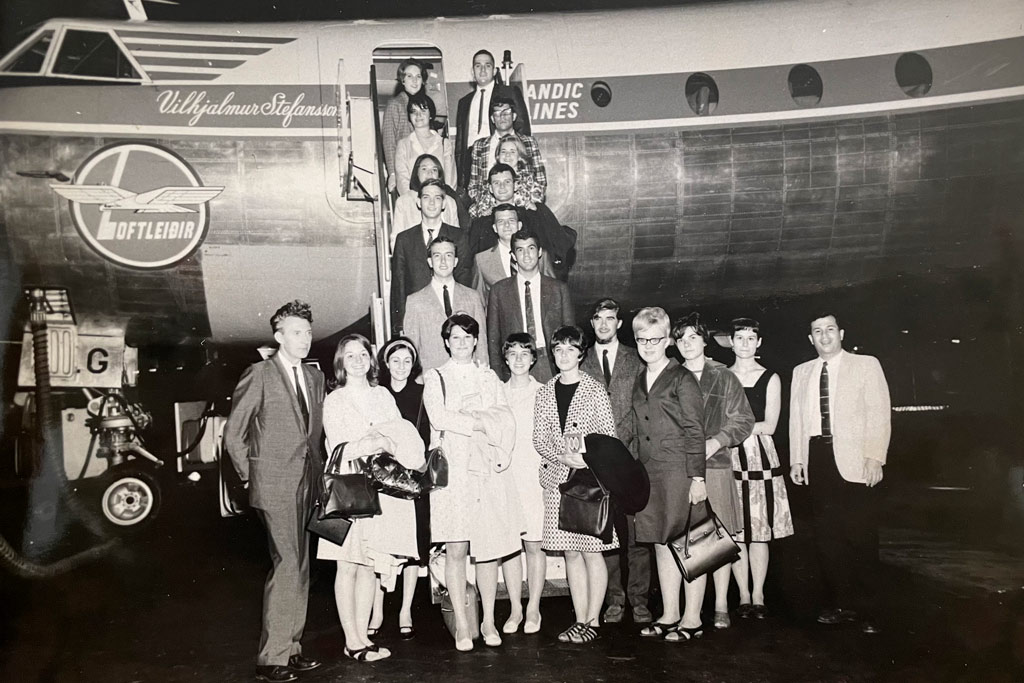 Flying, especially an international flight, was uncommon and a great luxury. Pictured are members of the Vienna, Austria, program in its early days.

The Torch Burns On

Fast forward to 2022, and Central’s international education program continues to evolve to meet the needs of current students. In June, after more than a two-year break due to the COVID-19 pandemic, students and faculty began traveling internationally again. Instead of a director-led model, the college now partners with ISEP Study Abroad, using a direct enrollment international education model. (See story, Cheery Traveler.)

This new model builds on the work of Lubbers, those who came before him, those who worked alongside him and those who have carried the torch since he left Central. The college looks forward to many more years of off-campus study and life-changing experiences for its students in this new chapter.

“I was excited to hear that international study would be returning after a hiatus due to the pandemic,” Lubbers says. “It’s important to students and it’s important to Central. It’s my hope that the institution will continue to be a leader as new life opens up to all of us in our society and throughout the world.”

Lubbers is passionate about the opportunities travel and international education can provide, especially to young people.

His advice for students unsure of completing some form of international programming?

“Give yourself the opportunity to have your mind, your intellect and your spirit grow as you come in contact with a culture and people that are different from the environment in which you were born and raised,” he says. “The act of going abroad is likely to change your life. I went abroad when I was 20, and it’s probably because of that experience that I am the person I am, and why I was so committed to study abroad at the institutions I served.”

Jill Huffman Russell ’16, Central’s executive assistant for the vice president for advancement, contributed to this story.

EXCLUSIVE: More Than a City in Mexico

Celebrate Central College’s rich international education program with reflections from Shannan Mattiace ’90 about her experience in the Mérida program. Check out the web-exclusive story.