Employment: I have worked in the insurance claims business since the Reagan administration. I am currently working in the quality assurance audit division of a regional auto insurance company. In the future, I would like to retire while retaining healthcare and my residence, which looks to be in doubt lately.

Military Service: I tried, but I as classified as 4F.

Hobbies/Activities: I get together with a half-dozen or so musicians every Thursday to play a wide variety of music including blue grass, folk and rock and roll oldies. I play guitar and provide vocals. We occasionally play in public under the name Silent G and the Semi-tones.

Book Recommendation: David McCullough’s “Johnstown Flood” and “The Wright Brothers.” I found both books to be quite fascinating, not just for the history but for examples of how human nature can lead to missed opportunities and/or profound tragedy.

How Did Central Prepare You? Central taught me that a good job is its own reward.

Memorable Moments: I recall the cooperative dinners involving the men’s Spanish house and women’s Spanish house with a hodgepodge of tables stretched across the living room. There was food, laughter, singing and Keith Erickson’s poetry. Performing my own music—which now seems so lame—at Kaleidoscope. The trips to regional and national NEC with Art Alt and the SUAB were great fun.

Favorite Tradition: I witnessed the birth of the Lemming Race. I thought it was a fabulous idea and it remains so.

Favorite Professor: Walter Roettger was my favorite professor during my freshman year. He was enthusiastic about American politics and would take time to explain things until I understood. Most of all, he taught me research design and statistic lessons that I still use. Freshman year had two of my most brutal semesters, but what I learned during that year is still engraved in my brain—one standard deviation to the right of the mean.

After I became a bona fide political science major, Dr. William Julian became my favorite professor. People warned me not to take his courses because they were tough. That was all the motivation I needed. He was tough, but I needed that. I never would have gotten into grad school without his instruction.

Advice For Current Students: First, Central teaches you to be independent and think for yourself. If you are going to be an entrepreneur, then that’s great. Otherwise, the corporate world can be a lot about “do it our way, the way we have always done it” and less about listening to your ideas, no matter how good they are. Be willing to take orders. Your time will come later. Second, and most importantly, as a Central grad, you will be part of the cream of the crop in the workforce. Employers will be amazed at your reliability, smarts, respect, etc. They will heap praise upon you. You will be promoted quickly. DO NOT misinterpret this as meaning you were born to this profession. No matter your career path, you will be one of the best entry-level employees ever. Think long term. What are my prospects 10 years down the road? Will I be stuck with no further advancement opportunities? Will I be miserable because you did not explore something more aligned with my soul? Do what you love, even if it’s extremely tough at first. Years from now, you will be happy you did. 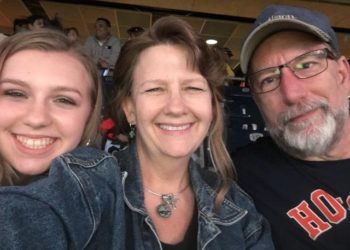