A Love Letter to Central College 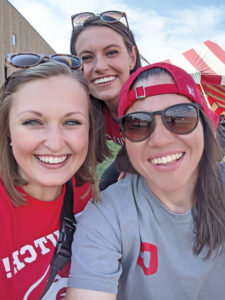 Grabbed a selfie at the Tailgate with Shelby
Klumpers ’16 and Hayley Mullins ’15
before heading to the football game.

Graduation day is a blur to me. It feels like just yesterday — but also feels like more than a decade ago in pandemic time — when in all reality I graduated from Central College a little more than five years ago.

I like the milestone-ness to the sound of “It’s my five-year,” or “I graduated five years ago,” though. It’s a nice, sweet spot.

Elephant in the room: I work here at Central. That means I’ve been a prospective student, student, alumna and employee here. I’ve employed many student-workers and worked alongside people I reported to as a student worker myself. I even work alongside people who were part of my admission process.

I’ve also been to Homecoming every year since 2012, so I thought I knew what to expect going into my five-year reunion. I knew I was going to get to see some of my favorite people, staff events in some way and cheer on the Dutch (to a victory, Hoo-Rah!). I didn’t know how Homecoming weekend could be any different this year. 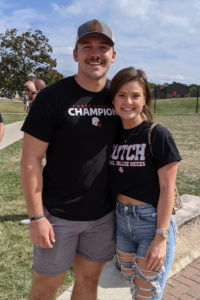 It was great to catch up with Danny
Anderson ’20 and Gabrielle Lillie ’20
before the game started!

I was going about my regular Homecoming duties — grabbing photos, chatting with folks, etc. — when I heard a familiar voice yell my name. It was a former student worker of mine, Gabrielle Lillie ’20. We caught up on what she’s doing in life. She let me know, “School is going really well, and I feel like Central prepared me so well.” Lillie is in her first year in the master’s of clinical psychology program at Minnesota State University in Mankato.

“I felt like I was good, that I wasn’t going to miss Central when I left. But coming back and walking around campus, gosh, I really miss it. This place is home,” Lillie told me.

These are sentiments we’re all familiar with, but the exchange woke me up to just how special Homecoming weekend is. I’m spoiled because I get to see most of my favorite parts of campus, and of Pella, on a regular basis. While I’m here every day, surrounded by the sights, sounds and smells that make Central, Central, it’s different than being a student.

But that spark allowed me to experience Homecoming through the lens of an alum rather than employee.

Then it felt like the home I “left” five years ago, and I found myself immersed in memories from 2012-16.

Throughout the weekend, I got to meet and get better acquainted with some classmates I hadn’t really crossed paths with as well as see great friends. It was funny how we all just banded together. We didn’t break out into groups, but all sat together watching the game, chatting, catching up and razzing each other. We weren’t “assigned” to the group or told we all had to stick together, but we did.

Everywhere I looked throughout the events of the weekend, I saw the same thing from class to class. Everyone was happy to be there and to be together. Some alumni had been to campus just before Homecoming while others hadn’t returned since the day they graduated. It didn’t matter how much time had passed, all that mattered was that they were there at this reunion (which had a record attendance of more than 550 people).

Because of it, there was an energy and excitement on campus all weekend. We had beautiful weather, and the Central spirit was ALIVE. I don’t know if I’ve ever seen that much red in Ron and Joyce Schipper Stadium or around campus — ever. That spirit translated into the game, too.

In the second half of the football game, one of our student-athletes, Noah Treimer ’24, a running back for the Dutch, was injured. The stadium fell silent as paramedics were called onto the field. They loaded him onto the gurney and as they wheeled him away, he was cheering his teammates on and trying to pump up the team and crowd again. The stands and sidelines roared. The Dutch took that energy and ran with it, coming back with a vengeance. 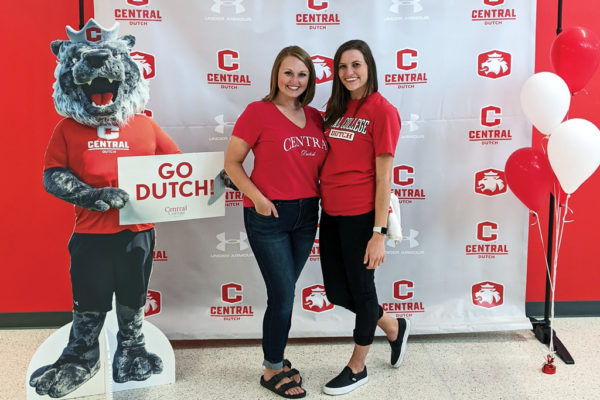 Took a break from all the post-game celebrations to get a picture with Shelby Klumpers ’16. It had only been about five years since our last one together!

Eric Jones ’87 was the class dean for the Class of 2016. One of the things Eric is known for is his incredible memory. He’s memorized every high school mascot in the state of Iowa, and he’s gotten good at some of the out of state “usual suspect” schools in states like Arizona, Colorado and Illinois.

You could stop him along Peace Mall on any given day and say, “Eric, what’s *insert school’s name here* mascot?” Sometimes it took a moment, but he’d get there. He could do all that, but the man could not remember my name.

He thought he had me fooled, though, calling me “Red Oak” as he always remembered where I graduated high school. Years later, he admitted to me why it started to which I replied, “yeah, I know” with a wink and a smile.

I heard it again the Friday of Homecoming when I stopped in Maytag Student Center. Sure enough, it was Eric and just another familiar reminder from the past. 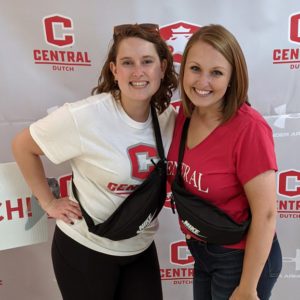 Madi Gause Wiese ’16 was my randomly assigned roommate my first year at Central, and we chose to live together every year thereafter.

Madi and I were often confused for one another and asked if we were sisters on a regular basis. We always thought it was funny because we’re plenty different, but when we think about our similarities, there are a lot.

We both came from schools where the mascot was a tiger and the school colors were black and orange (more school and mascot trivia, I know). We were both heavily involved on campus and in music through the A Cappella Choir and Chamber Singers ensembles. We hung out with the same people, and even have some similar features.

So, I get it. If someone didn’t know us individually, it was easy to get us mixed up. And even then we had close friends calling us by the wrong name.

During Homecoming weekend, it happened again. I was mistaken for Madi in the most complimentary way possible and all I could do was smile and laugh to myself. I’m still getting confused for my best friend, which was a full-circle moment, and a win in my book!

May Your Glory Never Die

Reunions give everyone a good reason to come back and catch up with people. Which goes without saying, but you don’t realize how much time has passed or how disconnected you’ve been from the people who’d been there and knew or knew of you during those four formative years until your reunion. 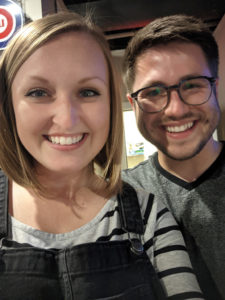 Wrapped up Homecoming weekend with a
reunion gathering. Had to grab a photo with
my husband, Josh Prokupek ’18.

I bleed Central red. So much of my adult life is directly linked to Central: my husband, my friends, my job, my memories and so much more.

We have the unique opportunity to build and foster strong relationships with our peers as well as faculty and staff while we’re here. I’m reminded of that precious privilege in speaking with others about my days at Central and how I’ve stayed in close contact with friends. It doesn’t happen everywhere. But it happens here, and it does so organically. That’s the magic of Central.

I felt so much love, appreciation and pride for my alma mater during the weekend. It’s always there, and always will be, but my reunion on Homecoming weekend helped rekindle and remind me of that passion after 18+ months of unknowns, abnormalcy and distraction.

So, I say thank you, Central. You’ve given me so much more than a high-quality, personalized education. And as time continues to march on, I’ll not forget my Central days as I am, we are, Forever Dutch®.