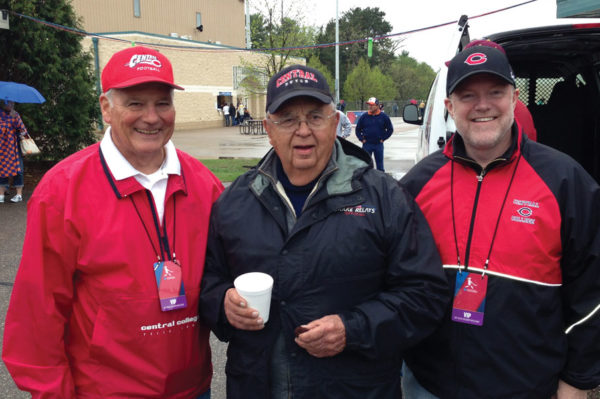 Ken Weller speaks about Division III athletics with the fervor of an evangelist.

It’s a perspective often gained in hindsight, as it was for Weller, now 95, who was a modestly talented lineman at Hope College in Michigan long before serving as Central College president from 1969-90.

“In college, I kind of snickered at people who talk philosophically about how playing football is good for your education,” Central’s president emeritus said in a 2018 interview. “That wasn’t what I had in mind at all. I played because I enjoyed it.”

But the more he experienced life beyond blocking sleds, he began thinking differently. He started seeing connections he previously viewed as contrived or theoretical.

“I grew to appreciate the role of athletics as complementary to academics,” Weller said, noting the concept is actively demonstrated by the 446 colleges and universities that comprise Division III, the NCAA’s largest division.

When he was asked to return to Hope in 1958 to speak at a banquet honoring the school’s conference champion men’s basketball team, he outlined what he saw as the distinctions between major college athletics programs and those at smaller schools like Hope and Central. He didn’t realize he was, for the first time, articulating thoughts that would ultimately emerge as core tenets of the visionary NCAA Division III philosophy he authored in 1978.

It’s All About the Student-Athlete

“At the time of that speech, having taught for a number of years since (playing football), I did sit down and have a real feel for the fact that (athletics) was a contributing factor in a good education,” Weller said. “They’re helping, not hurting, the objectives of good students. You’re better able to develop yourself as a person if you’re involved in athletics, theatre or music.”

More than 60 years later, reviewing the scribbled edits of the yellowed typewritten text from that speech still tucked away among his personal papers, one can almost visualize the gears churning in his mind back then.

“It was the origination of the realization that big-time programs do have an objective that is a legitimate one in serving society, serving the people of Iowa or Michigan,” he said. “But in a smaller college, it’s quite the opposite. Decisions are made based upon the supremacy of the individual participant, rather than the spectator.”

Providing opportunities for student participation in athletics was fundamental to the Division III philosophy but even more so to the nationally prominent athletics program that then-athletics director Ron Schipper built on Weller’s watch at Central. That focus is mirrored in the recently completed $18 million Forever Dutch® initiative, which centered on student priorities rather than the fan experience. 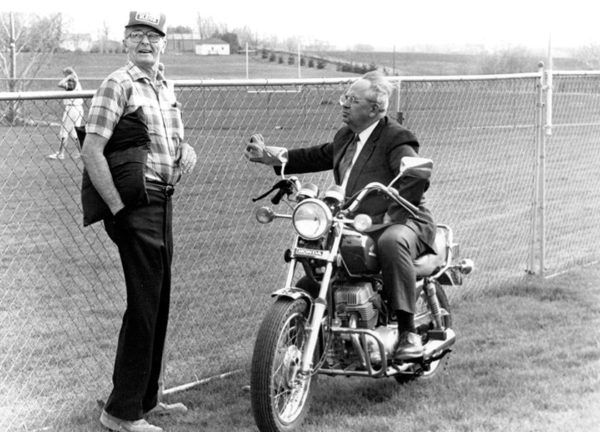 President Emeritus Ken Weller leans his motorcycle against the fence while watching a softball game following his retirement.

How We Got Here

When Weller presided as a first-year president at the ribbon-cutting for P.H. Kuyper Gymnasium in 1970, Central had eight men’s sports and 202 athletes. A half-century later, more than 700 Dutch athletes compete in 20 men’s and women’s sports, and countless other students pursue fitness-based lifestyles. The building anchors the expansive A.N. Kuyper Athletics Complex, which provides acres of outdoor practice and competition spaces, but prior to the expansion/ renovation, Kuyper Gym’s walls were stretched beyond their limits. Not only was the space insufficient, an aging infrastructure made building inspectors concerned.

The new construction doesn’t resolve all of the space concerns, but it allows Central to better serve a mushrooming student-athlete population that embodies the kind of program Weller envisioned even before he arrived on Central’s campus.

Providing opportunities for all students also was what drove Weller and Schipper to embrace the groundbreaking notion championed by Coach Gary Boeyink ’59 of launching a women’s intercollegiate athletics program at Central in 1973. Weller is justifiably proud of the critical role Central later played in integrating women’s athletics into the NCAA in 1982.

Also in 1973, the NCAA created Division III, what was initially seen as a home for schools that didn’t provide athletics scholarships. Weller and others saw it as much more, celebrating all that Division III did offer athletes, not what it didn’t.

The opportunity to give their vision a voice developed as a result of Central’s surprising run to the 1974 NCAA football crown, shining a spotlight on the college. Weller even appeared as a halftime guest on ABC’s national telecast of the title game in Phenix City, Alabama, with commentator Duffy Daugherty, retired Michigan State University coach. It was the 1974 equivalent of a sit-down with omnipresent ESPN college football talking head Kirk Herbstreit today.

The NCAA’s representative at the game, Ed Sherman, was athletics director and football coach at Muskingum College in Ohio. Sherman also held a post as the NCAA’s secretary-treasurer and needed to appoint a president to assist with a cost control project. He quickly thought of Weller.

“He was impressed and surprised that here was a college president that knew quite a bit about football,” Weller said. “Coaches who become presidents are very rare.”

Weller was later appointed to the Division III Steering Committee and ascended to chair as the committee grappled with identifying the division’s role in the NCAA. Coincidentally, also serving on the committee was the Hope athletics director Gordon Brewer, who was part of the audience when Weller made that basketball banquet speech in 1958.

“He said to the steering committee, ‘Well, Ken has done a lot of thinking and writing about this area,’” Weller said. “’ We should have him do a presentation.’ Which I did in the evening for the next day. And they liked it, they put it into the (Division III) annual meeting, and they liked it. And so, I was commissioned to write it. So, I took all these conversations within the committee and put them together and wrote the Division III Philosophy, which remained in effect for many, many years.”

Weller resists the notion that it was a solo venture, noting that the philosophy had significant input from many leaders within Division III. The philosophy appeared in the “NCAA News” in 1978. 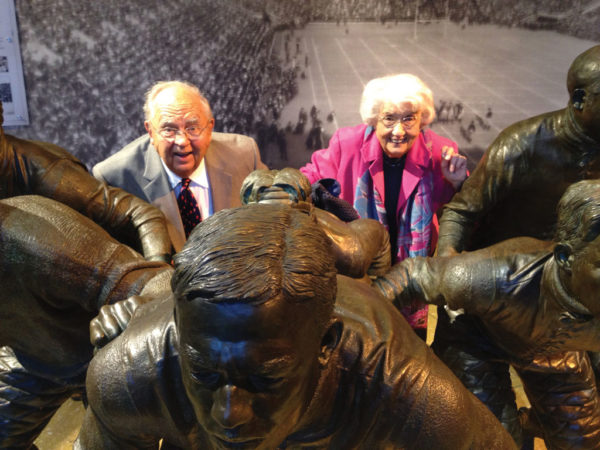 President Emeritus Ken Weller is joined by his wife, Shirely, at the NCAA headquarters in Indianapolis in 2013.

Weller, who eventually served as an NCAA vice president and was chair of the association’s first Presidents’ Commission, didn’t demonize Division I athletics as many did but saw a distinct and integral role for Division III.

“I think it is a mistake to regard big-time programs strictly as money-making affairs,” he said. “I think they’re really a response to what the public wants. And they’re willing to pay for it. It’s like research. I think that’s a very good metaphor. Research to a university is money that comes from outside. There are (faculty members) who never see a student, and they actually have separate research budgets, and that’s in response to the public’s need. (Division I) programs can be viewed in those terms.”

The stifling pressures coaches and athletes face in Division I differ from those within Division III. Yet it’s a mistake to view Division III, as many popularly do, as intramurals on steroids. Division III athletes are just as passionate as those seen choreographing end zone celebrations on television.

“(Division I athletes) may weigh a few pounds more and run a little faster, but the desire to win and the desire to become better as a team in Division III is very real,” Weller said. “In fact, many big-time athletes are thinking about playing professionally, and participation in college athletics is less emotional and less tied to the team than the small college. I truly believe that the quality of the athletics experience in the small college is much better than it is in the big college.”

And there’s nothing inherently wrong with the pursuit of victory, Weller said. He and his wife, Shirely, exuberantly witnessed the Dutch winning 10 of the 11 school’s national championships. But he sees a distinction others miss.

“If a job is worth doing it should be done well, and the only time that losing should be looked at as tolerable is after it has taken place; until then you must try to win,” Weller said in 1958. “Afterwards, the loss should not be the occasion for brooding and sorrow but as the raw material for renewed efforts to win the next game.

“If a player wants to keep the fans happy, save the coach’s job, pay for the fieldhouse or keep his scholarship, it’s wrong. But if winning enhances the meaning and value of the sport in developing the players as individuals and as a loyal group, if it helps the school in its educational program, then nothing could be healthier.”