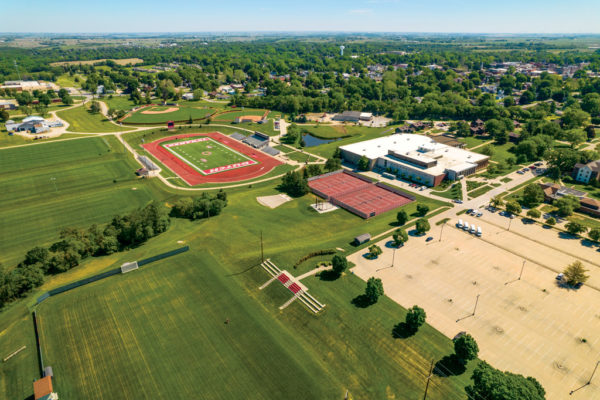 An unusual two-game spring schedule, the shortest in the program’s storied 130-year history, yielded a familiar result as Central rolled to a 2-0 mark with a pair of lopsided wins over Simpson and Nebraska Wesleyan.

Mary Gray ’21 is the first league athlete to score a career multi-events sweep with three outdoor heptathlon titles and four indoor pentathlon crowns (the 2020 outdoor meet was not held). She and classmate Kiki Pingel ’21 qualified for the NCAA Division III Championships along with discus throwers Gillian Streit ’21 and Kennedy Morris ’21. The Dutch finished fifth in the conference.

Hindered by a 33-day early season layoff due to health concerns, Central was third in the league and finished 20-14 overall. Rookie right fielder Franie Burnett ’24 was a second-team all-region honoree.

Central was third in the conference and 7-3 overall as William Isiminger ’21 was an all-conference pick in both singles and doubles, while David Boschma ’21 was cited in singles.

Playing a modified schedule with a young lineup, the Dutch were 3-4-1, sixth place in the conference.

Central survived a play-in game to earn a spot in the conference tournament but finished eighth and closed at 14-27 overall. The lone collegiate at-bat by two-time cancer survivor Jake Wegner ’21 on Senior Day on May 16 provided an emotional highlight.