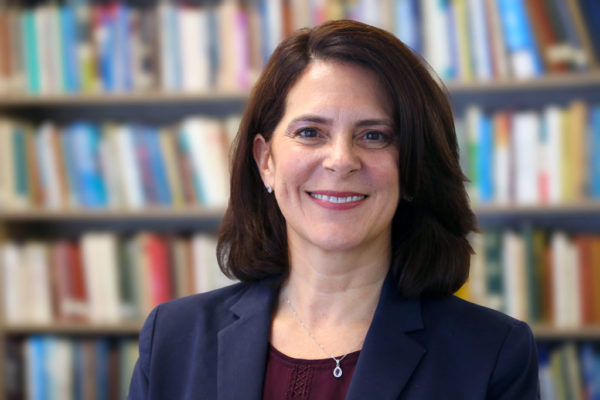 “A smaller Dutch town?” Amy Coughenour ’87 said to her father in the summer of 1983. He’d just suggested she travel with him from their hometown of Holland, Michigan, to Pella to visit Central College.

“I’d already accepted admission and registered at another college,” she remembers. But after meeting with a Central German professor, hearing about Central’s study abroad program in Vienna and overnighting with a student in a residence hall, she changed her mind. “Everyone was so friendly, and the opportunities sounded amazing,” she says.

Coughenour’s family had traveled abroad and hosted exchange students from Finland. “I loved political science, learning about the world and its cultures,” she says. “I wanted to learn languages and do something internationally.”

She credits her Central education with developing that interest into a career that’s taken her all over the world. It eventually landed her in the top job at a nongovernmental organization that aims to document and map the land rights of 8 million people in 30 countries by 2022.

She majored in German and naturally chose to study abroad in Vienna, including a two-month stint beforehand at the Goethe Institute — a total-immersion experience of studying and living with students from many countries, all while communicating only in German. On campus, she lived in Central’s international house and in language houses and was active in Central’s A Cappella Choir, wind ensemble and theatre.

A trimester in the Mérida, Mexico, program her senior year was eye opening. “I was taken with Mexican and Latin American culture,” she says. “I was also struck by poverty, by underdevelopment, by social and economic inequalities. I loved Vienna, Europe, speaking German — all of that — but I really wanted to work in international development on issues I first saw in Mexico. It influenced the rest of my career.”

Her first post-graduate school job was directing a nonprofit startup in Laredo, Texas. “A group of activists got funding to provide pro bono legal counsel to refugees seeking asylum,” she says. “I was their first hire. As the director, it was my job to hire a lawyer and a paralegal and recruit and manage a bunch of volunteers — including lawyers who worked for us pro bono. I did everything — fundraising, board management, grant writing, bookkeeping, paralegal work. I’ve been in leadership roles my whole career, because that’s where I started.”

After two years there, Coughenour spent the next several years working for nonprofits providing services and advocacy for immigrants, refugees and low-income people in Texas. First, she helped address hunger and immigrants’ rights. Then she transitioned to working in vocational technical education at a center for occupational research and development — one route out of poverty for the people she served.

“We did curriculum development and training for math, science and technology,” Coughenour says. “I saw we could internationalize the programs and funding. We took the programs we developed to Turkey, Mexico, Chile, Brazil. Every country had common issues — a lack of achievement in math and science and a disconnect between the skills being taught and the skills in demand. We’d advocate with ministries of education about how to solve these issues with teacher training and applied, hands-on curriculum. In the late ’90s, that was not a common approach to teaching these subjects. The approach worked. Thousands of secondary students improved their academic scores and went on to important technical careers, traveled and got to know people from all over the world.”

She ended up as the International Vocational Technical Association’s vice president for North America, running the association’s program out of Washington, D.C. “If you want to do international work,” she says, “D.C. is the place to be.”

There she moved from programming into policy work. Coughenour was a deputy director at the Center for Strategic and International Studies, a Washington think tank, and worked in the interaction between U.S. policy and those of Caribbean countries, overseeing leadership programs, fundraising, administration and management and editing publications for the Americas Program.

“I show up at work every day passionate about what we do because I know it can really matter.”

Then she had a watershed moment.

“Working at the policy level, you don’t often see what’s happening on the ground. You are dealing with the elite decision makers, the powers that be, the heads of states and their ministers and policy makers. After a while, it did not get me up in the morning.”

She wanted to get back to international development where she could see her actions directly benefit ordinary people. Between 2002 and 2011, she was deputy executive director for the Pan-American Development Foundation. Funded mostly by the U.S. government, it worked in Latin and Caribbean countries on social and economic programs.

She spent the next nine years as chief operating officer of the International Programs of the National Cooperative Business Association, which she describes as “the apex organization for U.S.-based cooperatives.” She ran the international programs working in 20 countries. By the end of her tenure, she said, she was ready to take on a new leadership role. 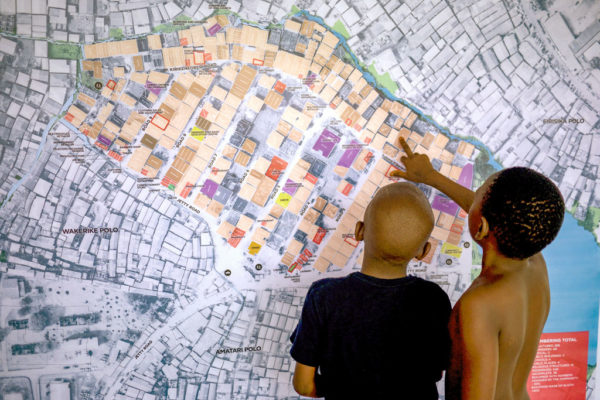 Two children who reside in an urban neighborhood find their home on a Cadasta map.

That led her to the position of CEO of Cadasta, which she describes as a hybrid tech startup and nonprofit, advancing land and resource rights with innovative technology for vulnerable populations all over the world. The organization’s goal is to help document and map the land rights of 8 million people in 30 countries by 2022.

“Traditional land-administration systems only serve a small fraction of the world’s population,” she says. “About 70-80% of the world’s land is undocumented. In Puerto Rico after Hurricane Maria, for instance, 60% of applications for aid from FEMA were rejected because people did not have title to their land.” 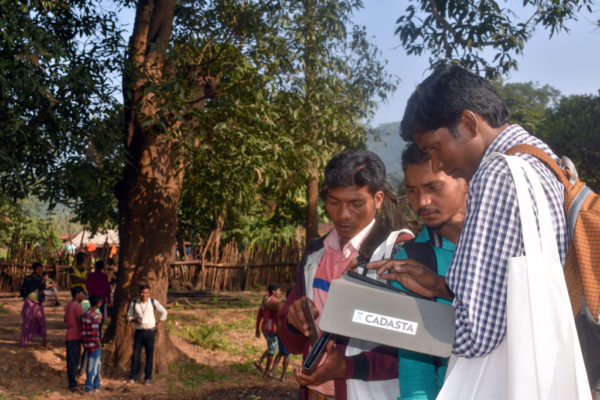 Disaster recovery aside, Coughenour says, land insecurity inhibits development. “People aren’t going to invest in their home and business and expand their crops if the land can be taken from them at any time. If we can work to secure tenure, then we can unlock that development potential that is unrealized.”

“Cadasta makes state-of-the-art geospatial technologies such as high-quality satellite, drone and other remote sensing imagery available to people who would otherwise not be able to access or afford it,” Coughenour explains in an article she wrote in the March-April 2019 issue of Land Administration magazine. To date, Cadasta has helped strengthen property rights for nearly 1.8 million people.

That’s a huge impact. And Coughenour credits much of her accomplishments to her Central education. “I am very much a liberal arts person,” she says. “To lead an organization you have to be a critical thinker and a good writer. You need to be able to conceptualize and articulate things.

“I’m having the time of my life,” she confides. “What more can you want? I show up at work every day passionate about what we do because I know it can really matter — we can be an agent of change in a very concrete way.” 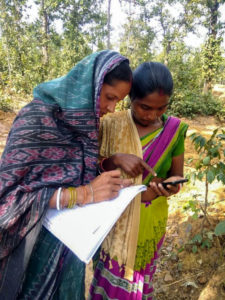 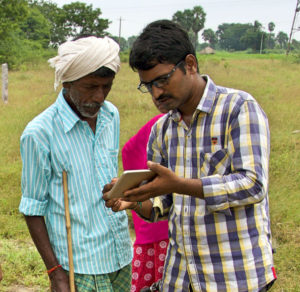