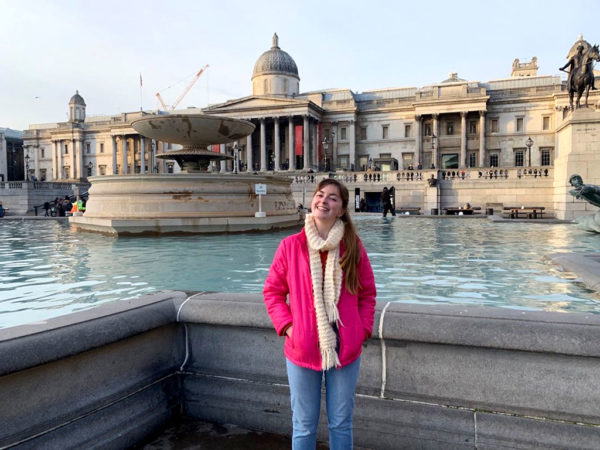 I spoke those words to my friends exactly one week before learning Central College canceled my study abroad program in London and I had to return to the United States two months sooner than anticipated.

When I woke up to the news that President Trump was banning travel from all European countries in the Schengen region, but this ban (at the time) did not include the U.K. or apply to U.S. citizens traveling to the U.S. from Europe, I was mostly confused. What was the point in excluding the U.K.? Weren’t there more pressing coronavirus-related issues within the U.S.? Wouldn’t Americans fleeing countries deemed high-risk and clogging up airports be more dangerous than staying put?

As I commuted into central London for my internship, I was anxious in a way I had not yet experienced since coronavirus entered the U.K. Something pushed deep into my stomach, as though it was going to rupture. I couldn’t focus.

My face flushed from nerves, causing me to wonder if I was getting sick. I was equally terrified at the idea of getting sent home.

At work that day, I learned two of my fellow interns’ programs were suspended and they would return to their home countries as soon as possible. That in itself was a massive loss. We had arrived in the U.K. in January and all planned to stay until the end of May. Goodbyes that I expected to occur with poignancy and closure in a few months were now rushed and their meaningfulness was overshadowed by the panic of suddenly leaving.

The news I had to leave London arrived the next day, undramatically in a defeated text message from my program director.

The most shattering of heartbreaks are often matter-of-fact; no ifs or buts about it.

There was shock, tears, denial, anger, but mostly worry. Worry about booking a flight and getting stranded in an airport and finishing my courses online. Most pervasively, there was fear I would lose all the growth and joy I found in London once I returned to the U.S.

I have no way to anticipate what it will be like to return home, suddenly ripped away from people and places I hold dear. I can imagine the manifestations of grief — struggling to describe any of my London experiences without crying, regretting all that I had not yet done, wondering how my life might have been different were I allowed to stay. But I can’t prepare for the grief, only wait for it to seep in on its own terms.

After living in London for only a few weeks, my friends and I already discussed how difficult it would be to leave at the end of the term. We made a list of all the things we wanted to do: visit the pub below Waterloo Station with over 800 board games, have a spring picnic in Richmond Park, go salsa dancing.

Yes, there are bars and parks and dance clubs across the U.S., but we made a home together in London that cannot be replicated in the U.S., especially since we don’t live in the same American cities. 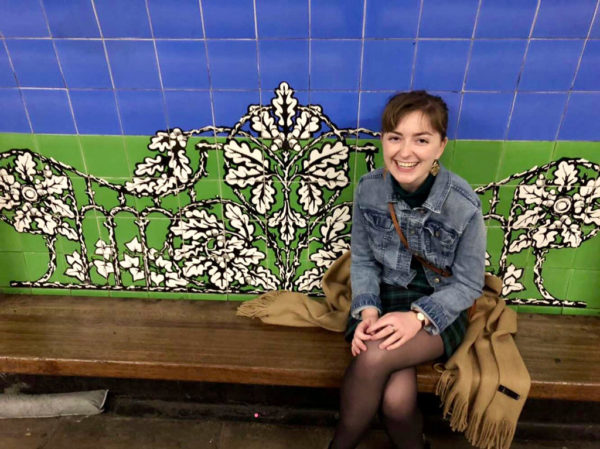 London was not just a place for us, but a central point that drew us together. Instead, we must attempt to plan for an uncertain future and ask questions that do not have easy answers. What happens to our tuition and housing costs? Will we still have our summer jobs in the U.S. so we can pay back the expenses of studying abroad? If we don’t get course credit for this term, will we graduate on time?

I know I will feel more displaced when I return to the U.S. than I ever did when I first arrived in London. This city embraced me in a way I didn’t know cities could. Its diversity and openness gifted me a freedom I would not have found if I hadn’t, with fear in my heart, reached out to London first.

On my very first night in London, when my outlet adapter wouldn’t work and my barren dorm room looked like a prison cell and I got lost trying to find a building on my campus, I earnestly asked myself: ‘Can I do this?’

After I accepted there would be struggles abroad I could not plan for and I needed to depend on others’ help more than ever, I realized just how much I could do — make new friends, work as an intern at a British magazine, memorize Tube routes that once confused me.

Now, forced to return home under circumstances I never would have imagined, I must ask myself that question again: ‘Can I do this?’ And I believe I can, difficult as it will be.

London taught me I am capable of much more than I give myself credit for. I’ll keep working and studying and reminiscing until I can return to London again someday. I know it will be waiting for me.

Marin Harrington ’21 studied in London for two months with Central’s study abroad program. While there, she was also an editorial intern for Great British Mag, a digital magazine for international students in the U.K. The COVID-19 pandemic sent her back to the United States in March, but she is already plotting her return to London. In the meantime, she’s entertaining herself with lots of British literature.

This essay is adapted from Harrington’s piece “Coronavirus Cut My Study Abroad Short, But I’m Even More Afraid to go Home” published Saturday, March 21, 2020, in the London publication METRO. Used by permission. To read the original, visit central.edu/metro-uk.