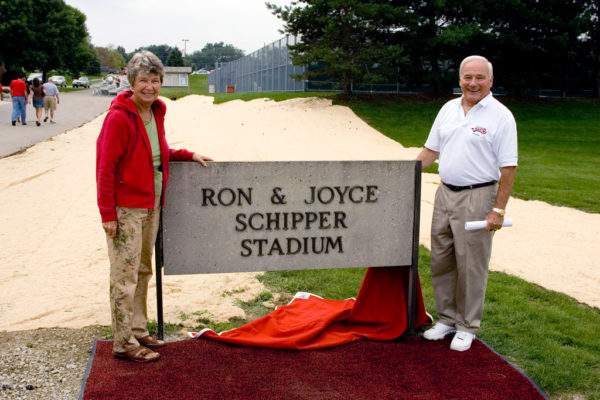 Joyce Schipper, wife of Central College’s late College Football Hall of Fame coach Ron Schipper, died Dec. 29 in Holland, Michigan. She was 90. Ron and Joyce Schipper Stadium was named in their honor in 2006.

The former Joyce Post, a Holland native and 1951 Hope College (Michigan) graduate, moved to Pella with her family in 1961 when Ron Schipper was named Central’s football coach. He coached for 36 years and recently was named one of the 150 greatest college football coaches by ESPN. Joyce taught kindergarten and English as a second language in Pella.

Following Ron’s retirement in 1996, the couple returned to Holland. He died in 2006.

Joyce is survived by her three children, Tim and Sara, who live in Holland, and Thom, who lives in Grand Rapids, Michigan, as well as five grandchildren and two great-grandchildren.