Pitching in to Solve Climate Change

Central College’s Zach Greder ’19 wants to help save the planet.

Saving a baseball game out of the bullpen might have helped him learn how.

Greder mastered his classroom lessons, graduating with a hefty 3.94 grade-point average as he heads to the University of Colorado School of Law and its highly-rated program in natural resources, energy and environmental law. But it was on the baseball field that he learned to persevere.

Greder arrived from Sloan, Iowa, four years ago intent on a college football career. Instead, injuries led him to the baseball field where he’d enjoyed success as a high school pitcher. It only took one start in a junior varsity game his freshman year in Florida to realize what he was up against.

“They rocked me,” he recalls with a wince. “I’ve never seen so many doubles in my life. I was like, ‘Whoa, this is completely different.’”

After being pulled in the second inning, Greder sat in the dugout and silently concluded he wasn’t good enough. But then a more rational strategy unfolded. He had to adjust. Greder spent the next year developing a slider and transforming himself into a relief specialist.

“I just kind of changed my mentality,” he says. 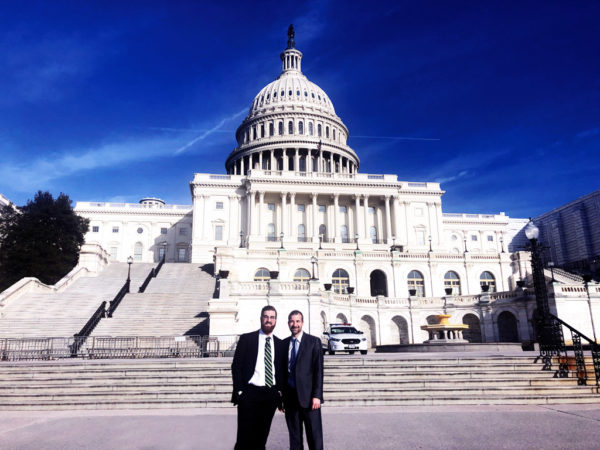 Struggle, adjust, persist. Tools that Greder thinks will serve him well as the lefthander looks to bring the heat in helping preserve the environment. It’s an effort that included partnering with teammate Cam Fitzpatrick ’19 to make Central certified by Tree Campus USA through the Arbor Day Foundation. Greder spent last summer working with the Woodbury County Conservation board near his rural Iowa hometown, clearing prairie and assisting with wildlife management. His Central experience launched him into advocacy work in the Iowa Legislature through the Environmental Law Policy Center this past spring and even to the U.S. Capitol, where in March he met with aides to the state’s congressional delegation. His trip was orchestrated by Brian Campbell, Central’s director of sustainability education, who learned of an opportunity through an advocacy initiative with the Environmental Defense Fund.

Greder doesn’t think he’d be as prepared for those opportunities had he not labored in the Dutch bullpen.

“Athletics have given me lessons that I never would have learned otherwise,” he says. “I’ve always been good in the classroom. It’s just something that comes natural to me. But as a baseball player, I’m coming out of the bullpen, and I’ve had to work really hard to get to the level where I am. It gave me a way to learn that you do have to work hard.”

“He’s got that drive to achieve a goal,” Campbell says. “Usually that means working within a team.”

It hasn’t come without frustration. Greder’s new slider wasn’t an overnight answer early in his career, teaching him patience as well as persistence.

“I had to keep my nose to the grindstone and it’s helped me figure out who I am as a person, just my ability to stick it out even when things aren’t working,” he says. “I think that’s going to make me a much better lawyer. If I lose a case or I have to work really hard on something, having that core belief that I’m not going to give up, that you continue to stick it out and work your tail off, I think that’s going to make me better.”

Greder’s passion for the environment also blossomed at Central.

“As a kid we recycled, and I understood it from the standpoint of you get a nickel back for every pop bottle you put in, but once I got to college I started digging into climate change and just how important nature is to us as humans,” he says. “From a spiritual standpoint, I’m a pretty devout Christian, and I see the world as something God created and I’m a piece of that, but I’m no more important than anything else.

“Climate change is the biggest problem of our time and to be a part of helping solve that is empowering. I want to be part of something that’s really important.”

Greder’s grateful for every mile of his four-year Central ride.

“I’ve had so many opportunities here,” he says. “Even just emailing the baseball coach and asking, ‘Hey, can I join the team?’ That’s been a huge part of my life. I got called on a Wednesday and I’m flying to D.C. seven days later; that doesn’t happen at a big school or all these other places, especially for a kid who’s playing baseball. I’ve had opportunities that I don’t think I could have had anywhere else.

To view an interview with Greder: central.edu/greder.