Commencement 2019: The Measure of Success 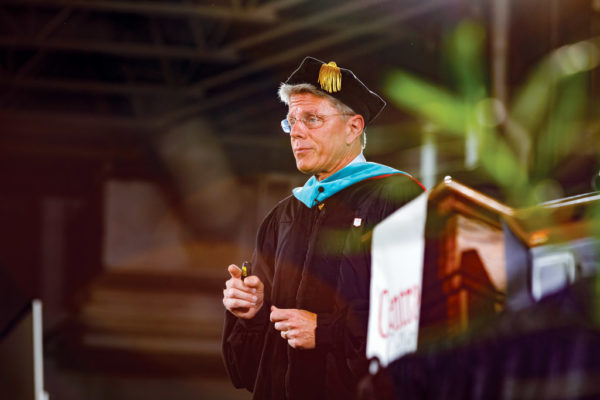 Commencement speaker Steven Van Wyk ’81 grew up just a few blocks from Central’s campus but found that “hard work gets you places…. It eventually got me to Wall Street, New York City,” where by 2001 at age 43 he was managing director and head of information technology at the financial firm Morgan Stanley, with an office on the 67th floor of Tower Two of the World Trade Center. “I was literally on top of the world,” he says.

That world came crashing down Sept. 11, 2001, when his office was obliterated and seven of his colleagues died in the terrorist attack. After that day, he told the graduates, “all that really mattered was the people…. That is the day that I changed how I measured success. … I came to realize that life is more about what you give than what you receive.” He ended his speech with “I urge you to focus on living lives to serve others if you want to experience the measure of success.” 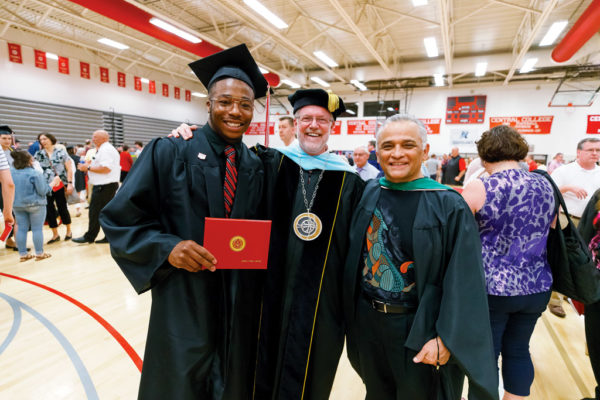 238 graduates from 17 states completed 28,175 credits and majored in 32 different subjects. 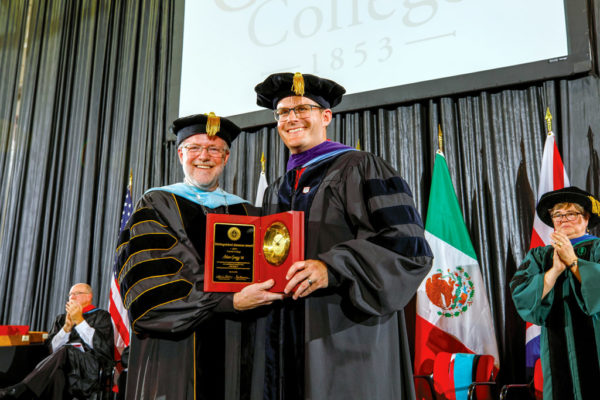 “I wasn’t the smartest kid in the class. In fact, that was actually my wife, Sheila.” — Commencement speaker Steve Van Wyk ’81

“At Central you’ve been challenged to be your best. We’ve expected much from you because we know there is no end to what you can accomplish. A liberal arts education at Central is about setting the bar high and pushing yourself to achieve lofty goals. Now, go forth and make a difference in the world.” — President Mark Putnam

Seen on a mortarboard: “Teachers who think they are crazy enough to change the world usually do.”