BEST STORY OF THE YEAR

The cover story of the Summer 2018 issue of Civitas won a gold award in the platinum category for the best story of the year from the Council for the Advancement and Support of Education. 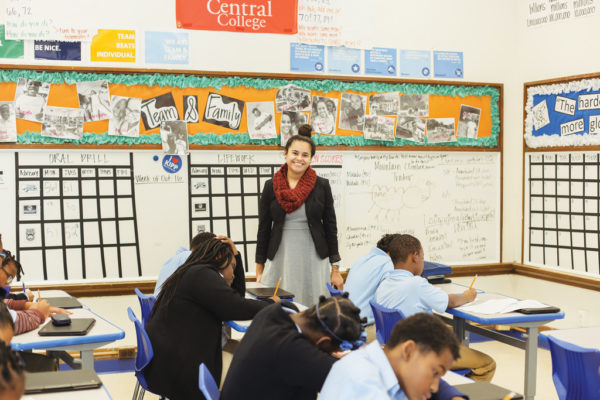 Mendez quintupled her student’s math scores, for which she earned both the William T. Kemper Excellence in Teaching Award and the 2017 Missouri Public Schools Teacher of the Year Award. Dan Weeks, Civitas editor, wrote and photographed the story.

Central is one of four regular gift recipients and the only Iowa institution represented. Central has received 261 scholarships for 114 students totaling $1.19 million since the foundation was established in 1972.

“We are extremely grateful to the Noel Cover Foundation for its signifi cant, longterm support of Central College and its students,” says Sunny Gonzales Eighmy ’99, Central’s vice president for advancement. “The college’s recent addition of an engineering degree strengthens Central’s alignment with the foundation’s objectives.”

Noel Cover was a farmer and rancher in the Cozad, Nebraska, area. He and his wife, Nellie Cover, believed in education even though they had no children. The Noel Cover Foundation was established after Noel’s death to benefit students. Earnings from the foundation are derived from the annual revenue generated by approximately 1,000 acres of irrigated farmland near Cozad.

As a result of its groundbreaking research on tallgrass prairies, Central’s Prairies for Agriculture project will host two regional conferences this year: the annual conference of the Midwest Chapter of the Society for Ecological Restoration in April and the Iowa Prairie Conference Aug. 8-10.

Now in its eighth year, the project uses 350-plus plots at the college’s Carlson-Kuyper Field Station to test and demonstrate the benefits of planting prairie plants rather than nonnative species on unfarmable sites in the agricultural landscape.

Central students do much of the work, data collection and statistical analysis. Many have gone on to become leaders in government agencies and NGOs; others are in graduate school. 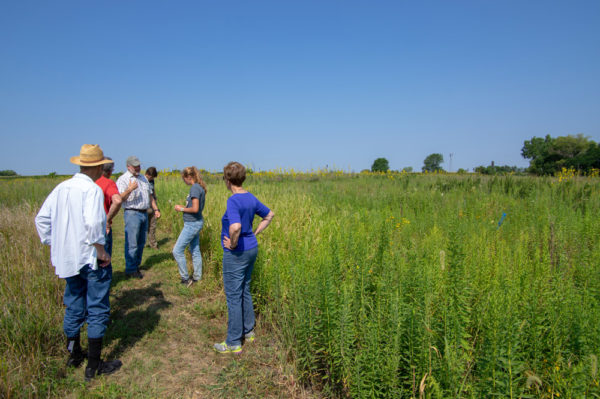 PFA already has learned much about how prairies work and how they potentially can benefit nature and humans. It has studied prairie planting techniques, the impact of drought, the importance of individual plant species for monarchs and native bees and how likely common prairie plants are to thrive in new plantings. Starting this year, researchers also will study using highly diverse seed mixes to minimize the effects of drought on new prairie plantings.

“Drought has impacted four of PFA’s first seven years and is expected to become more frequent in the Midwest as climate change increases,” says Russ Benedict, professor of biology and the project’s director. “Our research during the last two years suggests diverse prairie plantings do better during the critical first years of growth than do less diverse mixes.”

For more information on the Iowa Prairie Conference, visit central.edu/prairie. 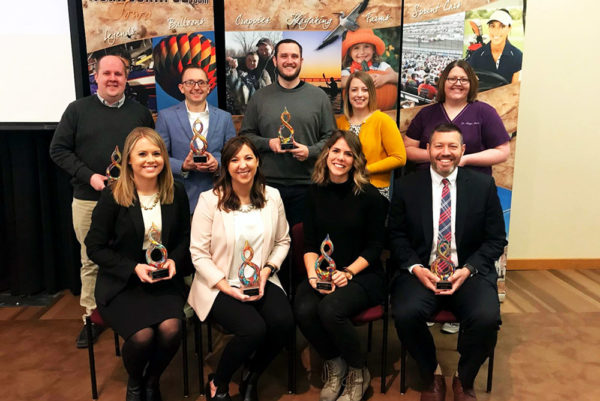 Jenae Jenison ’11, above front left, and Reid Evans ’01, above front right, were named as two of the Red Rock Area’s Top 10 under 40. Jenison is director of external engagement at Central College. Evans is financial advisor at Main Street Advisory Group in Pella.

Central also won three Best of Red Rock Area awards from the Marion County Development Commission. For 2018, Central was named Best Caterer, Best Wedding Reception Venue and Best Meeting Facilities. Central also won top honors in these categories for 2016 and 2017. The Best of Red Rock Awards honor the best in local tourism and business throughout the county in over 50 categories. 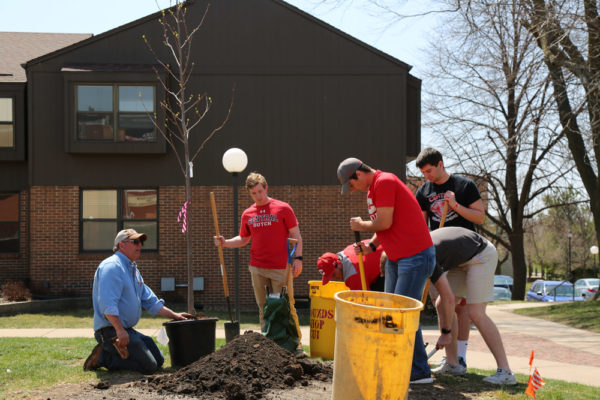 Zach Greder ’19 and his friends living in the green pods—one of Central’s sustainable housing options—led the effort to obtain the recognition with Brian Campbell, director of sustainability education.

Central is one of only six campuses in Iowa and just 364 nationwide to earn the Tree Campus recognition.